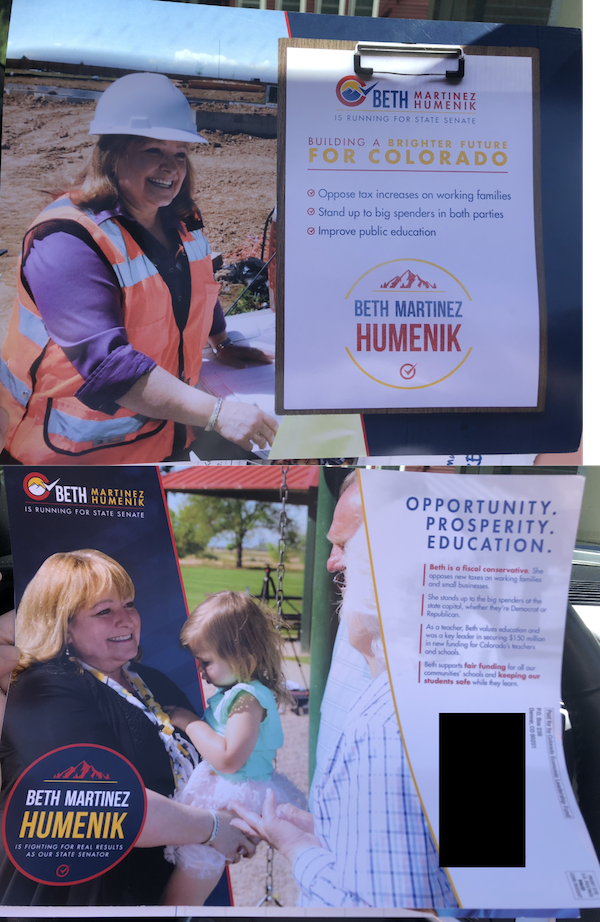 This mailer from nonproft group Colorado Economic Leadership Fund praises Republican state Sen. Beth Martinez Humenik for opposing tax increase (without noting that only voters may increase taxes, not the legislature) and improving education. It says she's running for state Senate, but doesn't directly suggest voting for her. Her opponent is Democratic state Rep. Faith Winter