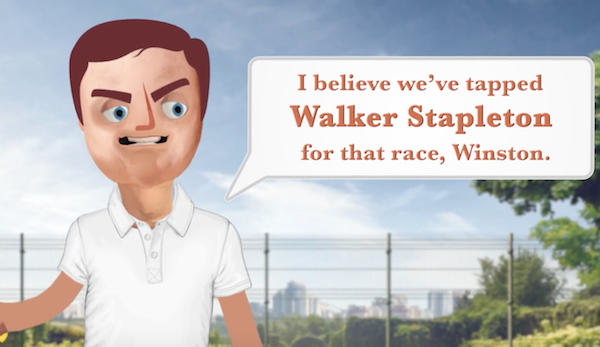 About the message: GOP businessman Victor Mitchell takes the first swing, so to speak, in the four-way Republican primary with a cartoon ad about Treasurer Walker Stapleton's family ties. Stapleton's mother is a first cousin of George H.W. Bush. His father was a diplomat and his great-grandfather was a Denver mayor – the Stapleton that the former airport now subdivision (he also belonged to the Ku Klux Klan).

This ad says with Stapleton "in office, it will certainly be business as usual," and urges voters to choose Mitchell, "the outsider conservative businessman."