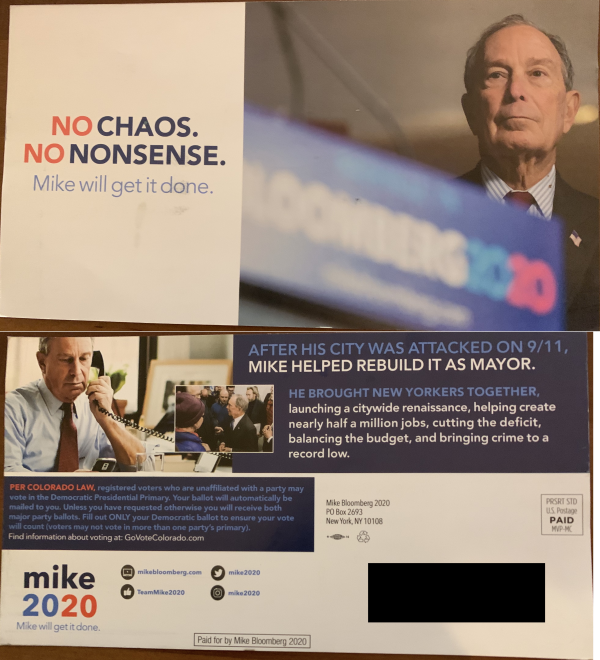 This mailer from Democratic presidential candidate Michael Bloomberg pledges "No chaos. No nonsense," while describing how unaffiliated voters may cast their ballots in the March 3 Colorado presidential primary.