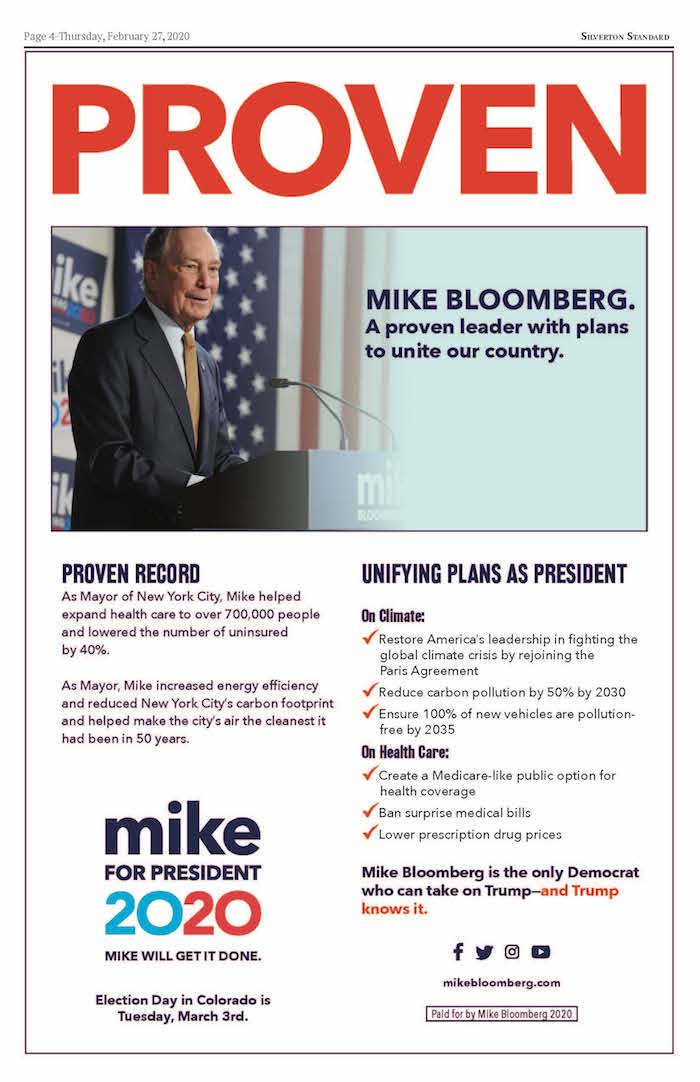 This print ad from Democratic presidential candidate Michael Bloomberg ran in several daily newspapers in southwestern Colorado, including the Silverton Standard. It emphasizes his leadership as mayor of New York City and on climate and health care.