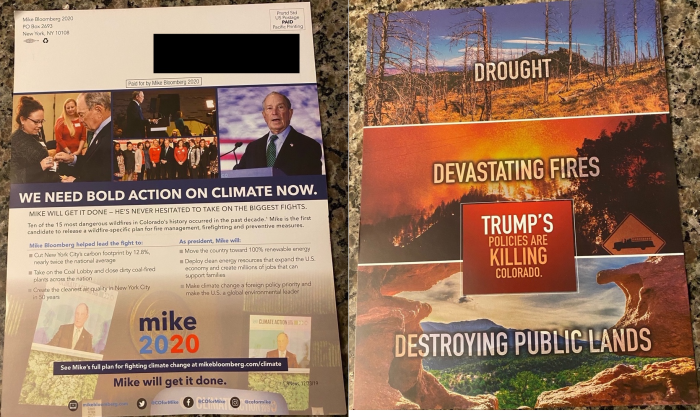 This mailer from Democrat Michael Bloomberg emphasizes the need for action on climate, claiming that actions by the Trump administration are "destroying public lands." It is true that GOP President Donald Trump is allowing more oil and gas development on public lands, but he also signed a major expansion of wilderness areas in 2019.