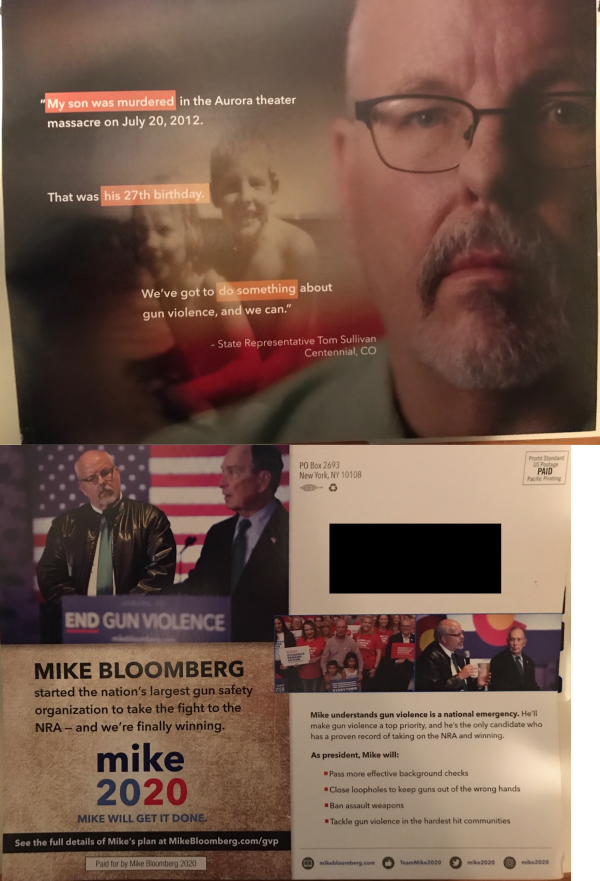 This mailer from Democratic presidential candidate Michael Bloomberg features state Rep. Tom Sullivan, whose son was murdered in the 2012 Aurora theater shooting. It emphasizes Bloomberg's work on gun safety, including promoting background checks and "keeping guns out of the wrong hands." Sullivan sponsored a successful "red flag" law in 2019, allowing guns to be removed from those who courts consider a threat to themselves or others.