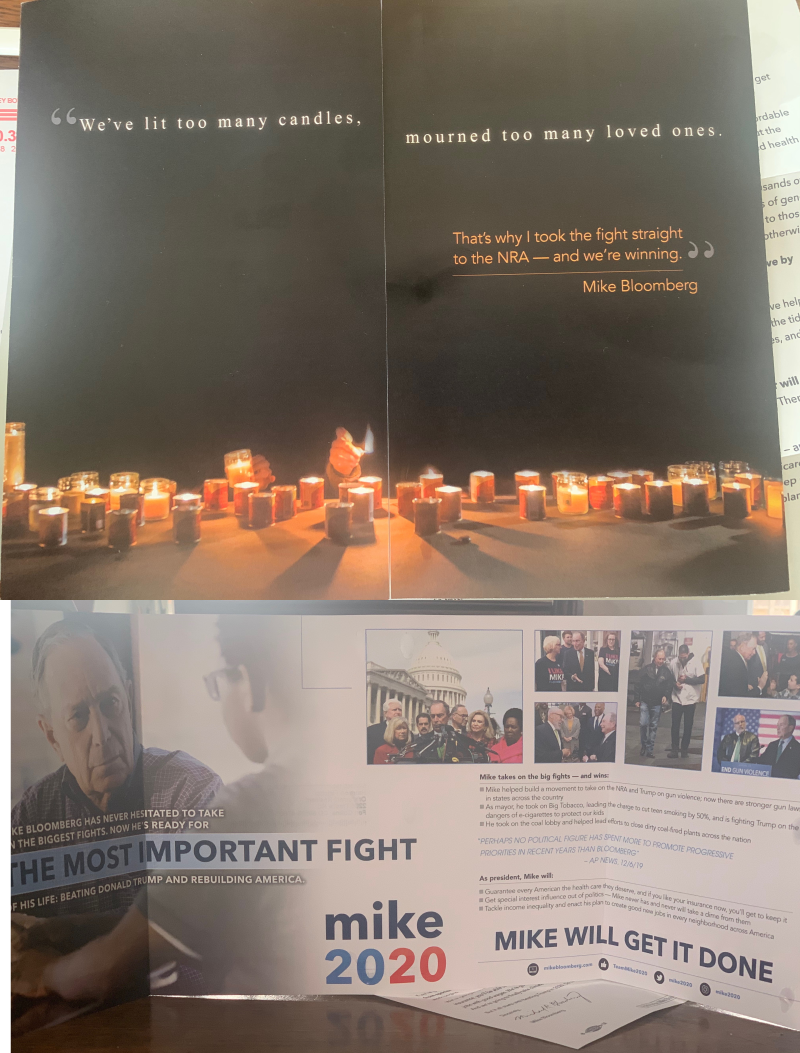 This mailer from Democratic presidential candidate and billionaire Michael Bloomberg emphasizes his fight against the National Rifle Association to increase gun control in the United States.