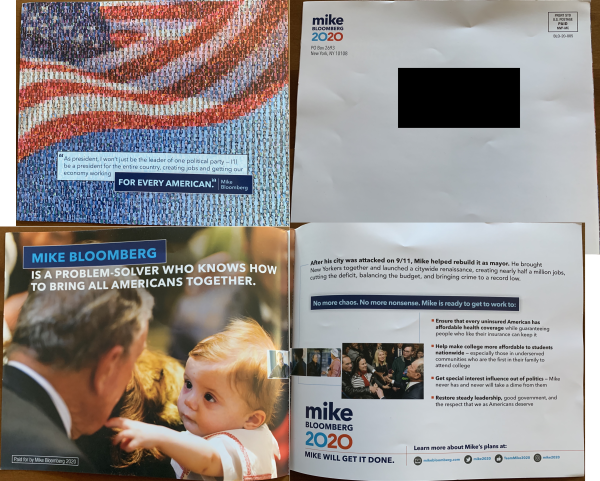 This mailer from presidential candidate Michael Bloomberg portrays the billionaire former New York City mayor as a leader who will improve health care coverage, make college more affordable and more. The front of the mailer appears to woo independent voters by promising he'll be a president "for every American."