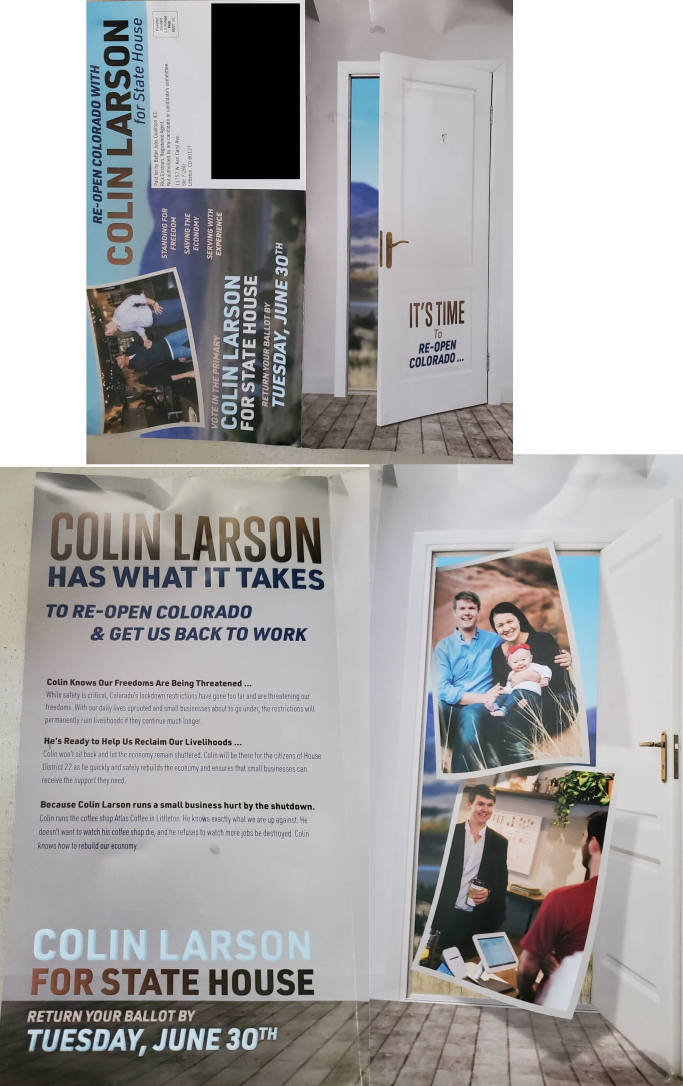 This mailer from super PAC Better Jobs Coalition says Republican Rep. Colin Larson has what it takes to reopen Colorado and get people back to work after the coronavirus pandemic. Larson, a Littleton coffee shop owner, faces former state Rep. Justin Everett in the House District 22 primary.