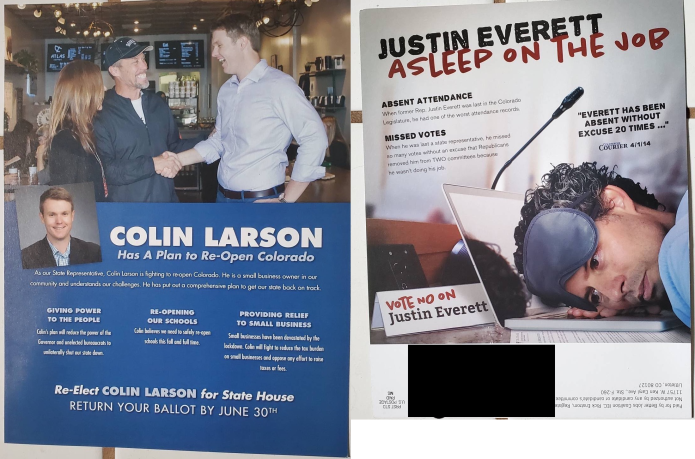 This mailer from super PAC Better Jobs Coalition says Republican Rep. Colin Larson will help reopen schools and provide relief to small businesses after COVID-19 lockdowns. It portrays his opponent, former state Rep. Justin Everett, as someone who was asleep on the job when he served in the legislature before his unsucessful 2018 run for state treasurer.