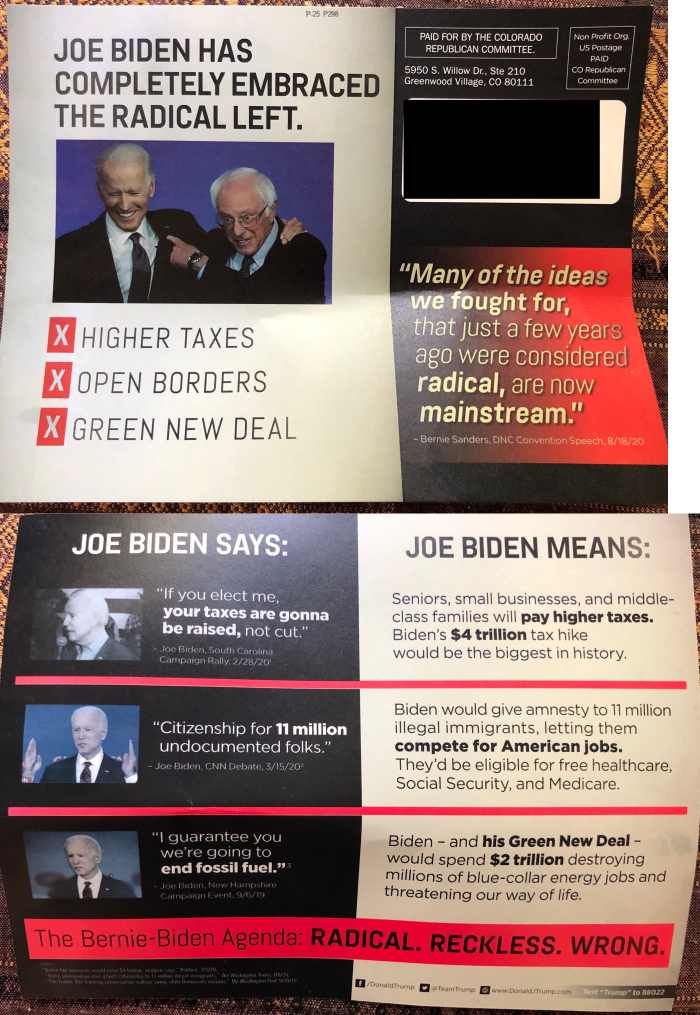 The mailer cites news articles as sources for its claims. But Biden's plan is to raise taxes on those making $400,000 a year, not on seniors or middle income families (unless you consider $400,000 a year middle income). While his plan to combat climate change resembles the Green New Deal, there are differences that upset activists on the left. The plan would be paid for with higher corporate taxes. It's likely that Biden would reverse many of President Donald Trump's executive orders on immigration, increase work visas that Trump has sharply curtailed and more.It should be noted that Biden voted for funding of a border wall when he was in the Senate in 2006.