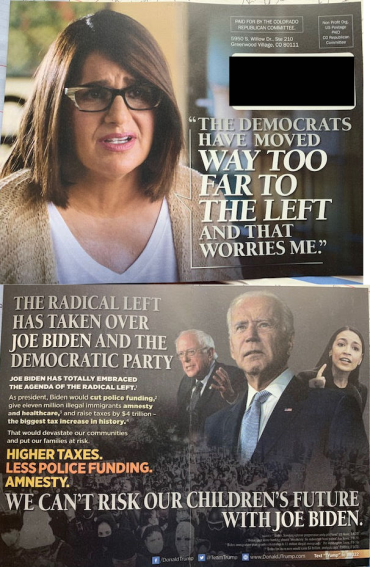 In the third anti-Biden mailer in a week, the Colorado Republican Party warns of "the radical left takeover" of the Democratic Party and presidential candidate Joe Biden. It threatens higher taxes, amnesty and less police funding. Biden has said he'll  raise taxes on those making $400,000 a year and on corporations, but not on the middle class. He hasn't promised less police funding. It's likely that Biden would reverse many of President Donald Trump's executive orders on immigration