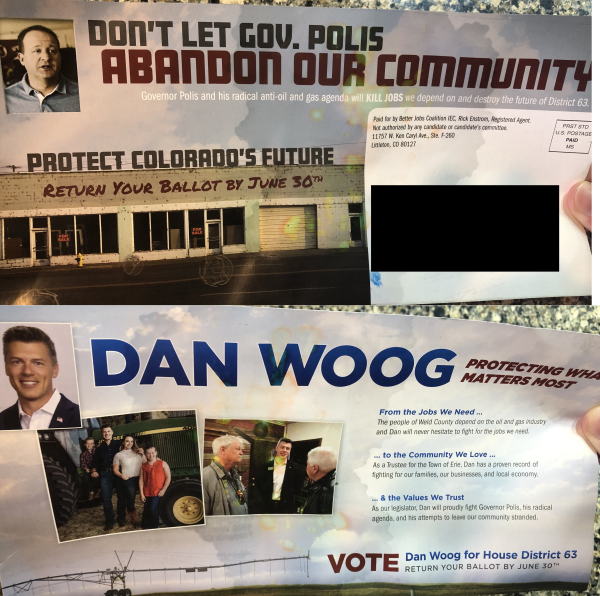 This mailer from super PAC Better Jobs Coalition encourages voters in Weld County's House District 63 to vote for Dan Woog, saying he'll fight back against Democratic Gov. Jared Polis and "his radical anti oil and gas agenda." It cites his record defending the industry as an Erie trustee.