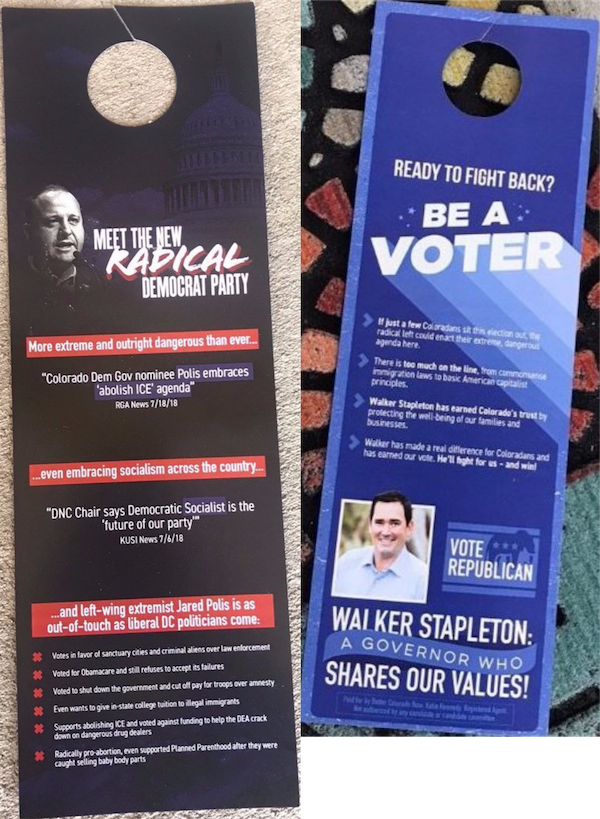 This door hanger from super PAC Better Colorado Now lauds Republican gubernatorial candidate Walker Stapleton on one side and bashes his Democratic opponent Jared Polis on the other.

The pro-Stapleton side cautions that if people sit out the election and fail to vote, "the radical left could enact their extreme, dangerous agenda." It notes that Stapleton "shares our values."

The anti-Polis side cites a Republican Governors Association quote saying Polis advocates abolishing ICE, which the governor has no control over. It also cites a San Diego TV quote saying the Democratic National Committee chair said (a) "Democratic Socialist is the 'future of our party.' " That quote referred to a Democratic congressional nominee in New York, and had nothing to do with Polis.

The hanger then notes Polis' votes on several issues, mostly dealing with immigration.