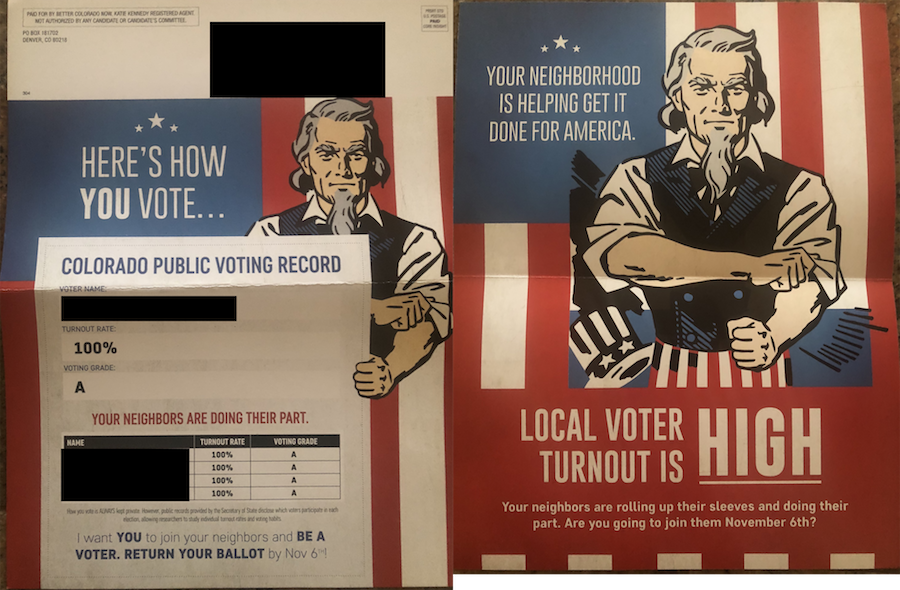 This mailer from Republican super PAC Better Colorado Now mentions an unaffiliated Jefferson County voter's voting record and that of several of her neighbors. It arrived Friday or Saturday, nearly two weeks after the voter sent in her ballot. It doesn't mention any candidates or specific political party, though Better Colorado Now has supported GOP guberntorial candidate Walker Stapleton.

Mailers suggesting that neighbors will know if you don't vote or pointing out that your voting record is public are sometimes used in an attempt to encourage turnout, as one group is doing this year in Georgia. It should be pointed out that while your voting preferences are secret, whether or not you voted is public. Campaigns use the information to target voters with mailings or get-out-the-vote efforts.