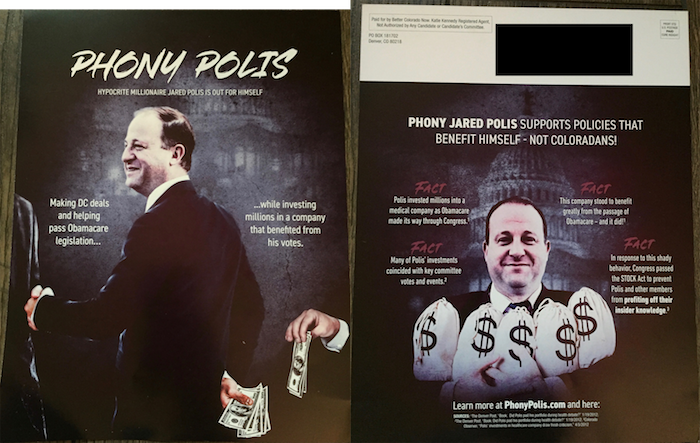 This mailer from super PAC Better Colorado Now claims that Democratic Congressman Jared Polis invested in a health care company that benefited after the passage of the Affordable Care Act. Bridgehealth arranges "medical tourism," where people go to other countries seeking cheaper treatment. CBS4 asked Polis about the investment and he said he was a "passive" investor in the company and unaware of the impact the ACA had on the company.