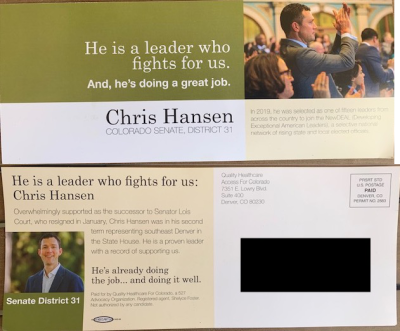 This mailer from Assuring Quality Healthcare Access for Colorado commends Democratic Sen. Chris Hansen's leadership. Hansen was appointed to the state Senate earlier this year after serving two terms in the House and faces primary challenger Maria Orms. The group sending the mailer is an independent spending committee, which isn't supposed to coordinate with candidates.