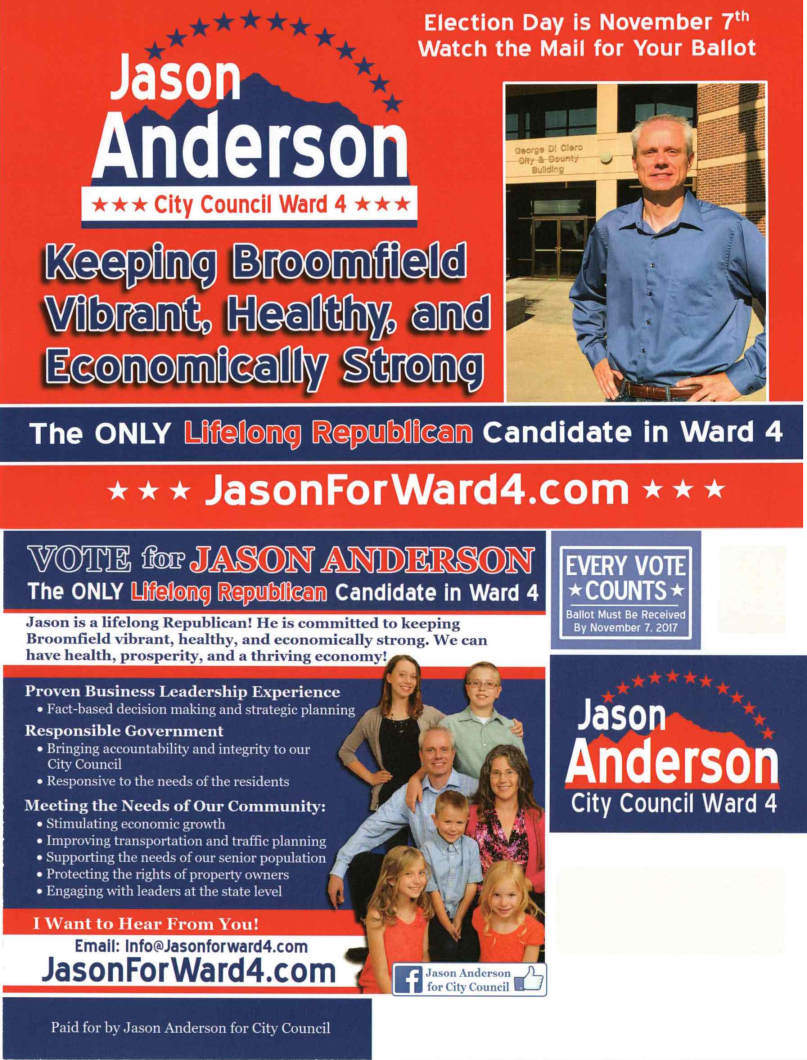 This mailer from Broomfield Ward 4 City Council candidate notes that he's the only "lifelong Republican" candidate in the four-way contest. The Broomfield County Republican Party endorsed Kimberly Groom in the contest.