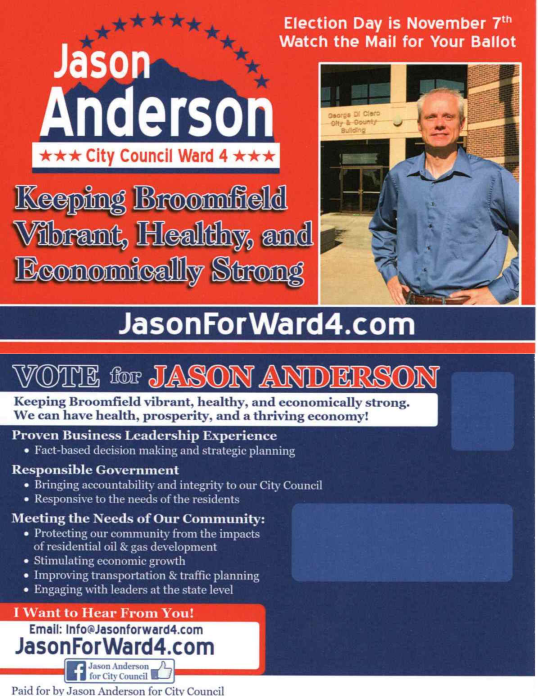 This mailer from Broomfield City Council Ward 4 candidate Jason Anderson emphasizes the economy of the community.