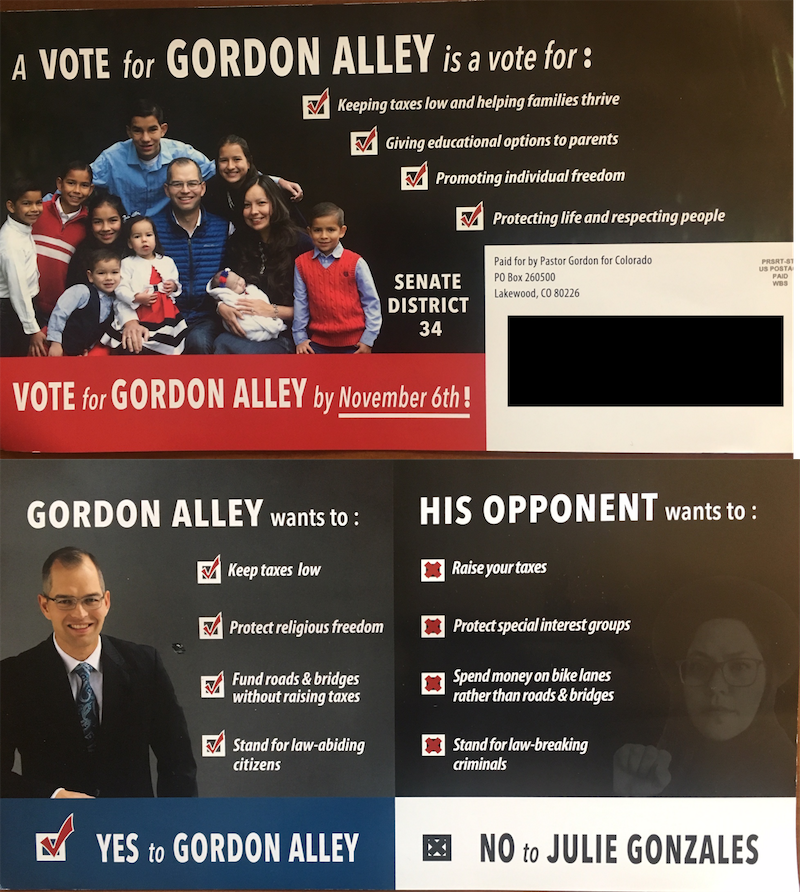 This mailer from Republican state Senate candidate Gordon Alley contrasts him with his Democratic opponent Julie Gonzales, saying Alley is for low taxes, religious freedom, education options and "law abiding citizens." He accuses Gonazles of wanting to raise taxes, spend money on bike lanes instead of road and bridges, and "stand for law-breaking criminals." The mailer offers no substantiation of any of these claims.

SD34 is a heavily Democratic district in northwest Denver.