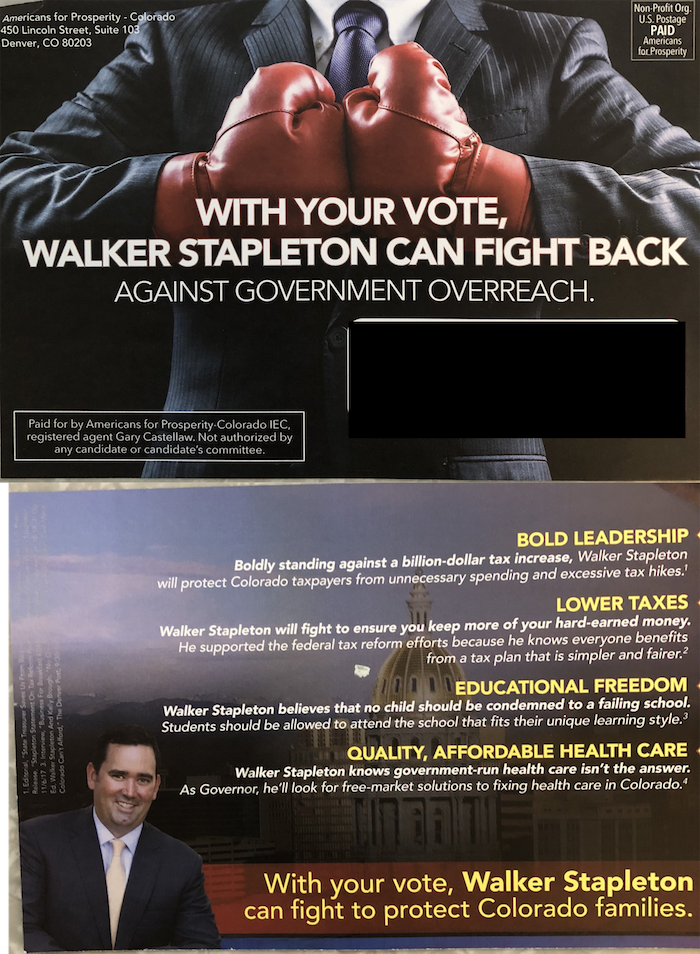 This mailer from Americans for Prosperity advocates for Republican gubernatorial candidate Walker Stapleton, saying he'll "fight back against government overreach." It mentions lower taxes, education reform (AFP supports publicly-funded vouchers for private schools) and "free-market" health care solutions. It offers no specifics on how Stapleton would achieve these goals.

It should be noted that while AFP formed a state-level super PAC, it has failed to file any independent spending reports, which are required within 48 hours of the expense.

Americans for Prosperity is a national nonprofit founded by industrialists Charles and David Koch to influence politics. The group is especially active in Colorado, conducting grassroots organizing.

All of the group's money has been via in-kind donations through the parent nonprofit. The super PAC has not filed electioneering or independent spending reports for the materials it's distributing.