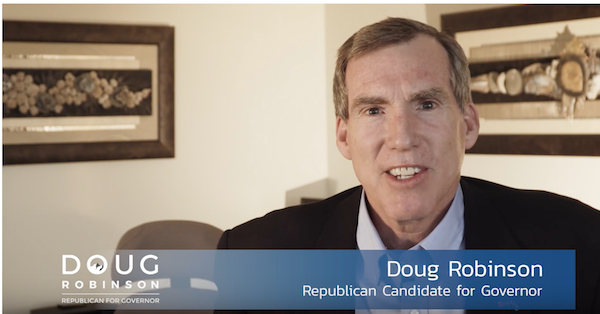 About the message: This intro spot that ran on cable and satellite TV in Denver and Grand Junction describes Republican Doug Robinson's background as a businessman. He is one of several GOP candidates for governor.