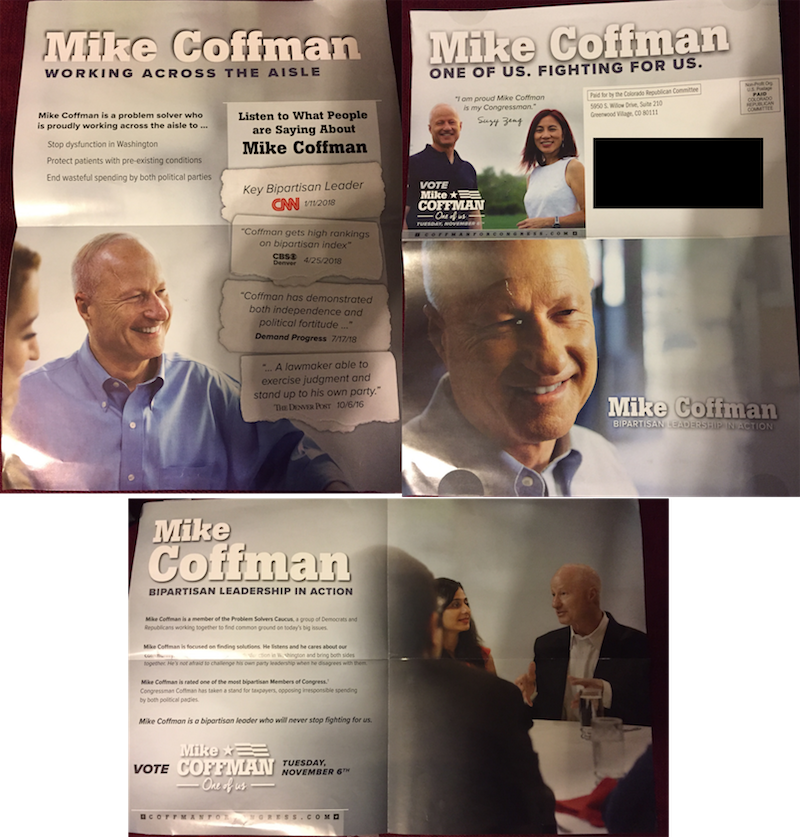 This mailer from the Colorado Republican Committee praises incumbent 6th Congressional District Rep. Mike Coffman for his bipartisanship in Congress, citing several news reports on a study in which Coffman is highly ranked. He faces Democratic challenger Jason Crow in November.