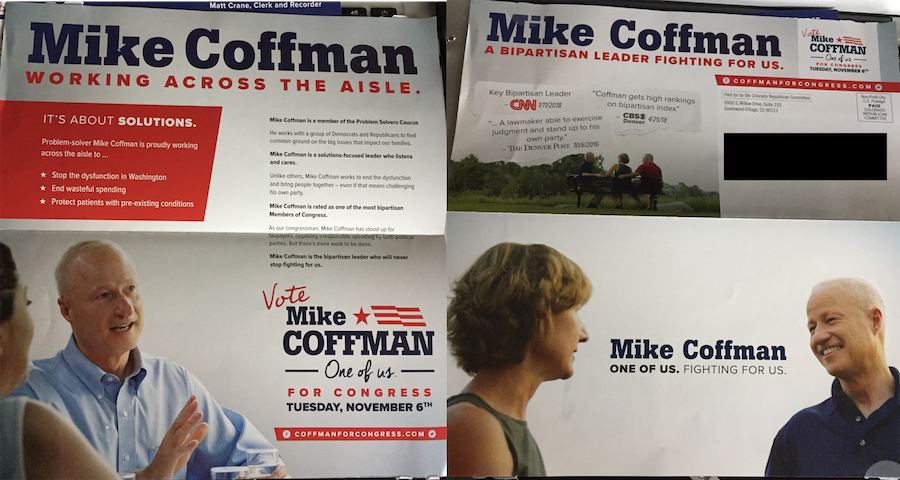 This positive mailer from the federal Colorado Republican Committee emphasizes 6th District Congressman Mike Coffman's efforts to work across the aisle. It notes that he's a member of the Problem Solvers Caucus, a bipartisan group of lawmakers. And it says he's rated one of the most bipartisan members of Congress, although it doesn't cite references for any claims on the mailer.

ProPublica notes that Coffman voted against his party 8.3 percent of the time, ranking 78th out of 430 during the session that began in January 2017.

The Lugar Center ranked Coffman as 12th most bipartisan House membert in 2017.