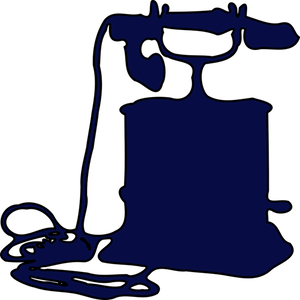 A resident reported receiving a 13-minute survey call at about 9 p.m. on Oct. 11. The call centered on Question 301, which would require city officials to consider health, safety and welfare of residents when considering oil and gas development. The caller said he was employed by the firm Target Point, a Virginia public opinion firm that works mostly for Republican campaigns, including several GOP presidential campaigns.
It's unclear at this point who paid for the call. Another resident reported a similar call on Oct. 12. Campaign finance reports filed on Oct. 17 may reveal who hired the firm.
Here's an account of the call from the recipient:
"The guy was nice enough, asked some demographic information at the beginning and end of the call. That info included what political party I'm affiliated with, and I said 'Independent' and he said, 'Yeah but which party do you more closely lean towards?' to which I said, 'Independent.'
"The line of questioning was about ballot question 301 on this upcoming election. He started off with 2-3 statements that were very much in favor of voting yes on 301, citing giving the community more local control and increasing protections for the safety and environment. He always asked if the statement he just read made more or less likely (and much less likely or much more likely) to vote yes for 301.
"After the 2-3 questions, there were a solid 8-12 statements in opposition of 301, including but not limited to:

"I stopped him a few times to say, 'You know what you're saying is factually incorrect, right?' And he would reply with a generic, 'Please state how the statement you just heard will affect your vote on 301.' And when I tried to say 'No change, I'm voting yes on 301 regardless of your lies', he informed me that 'No change.' was not an option on his survey, so I always went with, 'I am now much more likely to vote for 301 based on your statement.' He was completely unfazed by my responses, just moving on to the next question. Every time I tried to engage with him, I was simply met with, 'Please answer the question.' I did get one reaction out of him, when, after a third or fourth time of me calling into question the validity of his statements, he said, 'Look I'm just trying to get through my questionnaire as fast as possible.' "