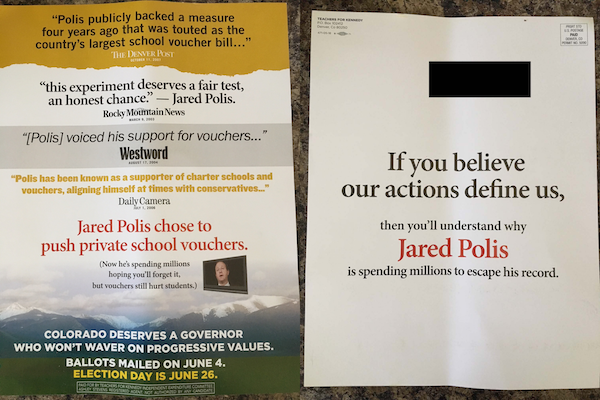 About the message: This mailer from Teachers for Kennedy attacks U.S. Rep. Jared Polis for "spending millions to escape his record." It criticizes Polis for supporting private school vouchers, an allegation the Polis campaign disputes. Polis is largely self-funding his campaign, spending more than $7.8 million through May 16.

The mailer makes no mention of former state treasurer Cary Kennedy, whom the super PAC is supporting in the four-way Democratic gubernatorial primary on June 26. It concludes "Colorado deserves a governor who won't waver on progressive values."