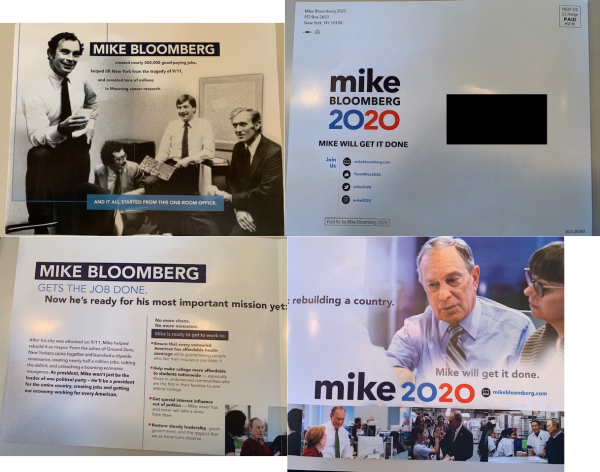 This mailer from Democratic presidential candidate Michael Bloomberg emphasizes his career as a businessman, New York City mayor and philanthropist. It says he'll work to make college more affordalbe, ensure affordable health care and get special interests out of politics. He's among several candidates on Colorado's March 3 primary ballot, and is self-funding his campaign.